(CNN) This was no presidential debate. It was a verbal cage fight. There was no winner — only a loser, the American people.

Fox News’ Bret Baier started the debate by asking the audience to behave as if they were sitting between a library and Red Wings game.

It was a request the audience ignored by hooting, jeering, cheering and booing throughout the entire debate. 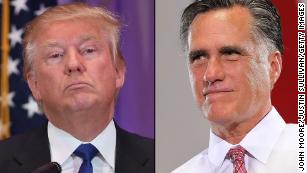 It went downhill from there, fast.

As the first question went to Trump, my husband said, “He says the same thing every time.” I answered: “Yes because it works and he’s winning.”

In less than seven minutes, Trump was making a reference to his own penis size.

“(Rubio) referred to my hands, if they’re small, something else must be small,” he said. “I guarantee you, there’s no problem.”

This debate was somewhere between a cage fight and a reality show. It had plenty of insults, bickering, private parts and bad spray tans. But it lacked what America needs. 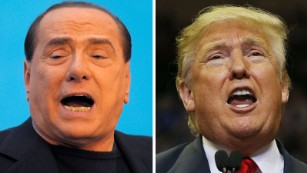 It lacked policy. It lacked substance. And it lacked something very important: a future president.

Tonight, it became clear that the GOP would rather be angry, broken and righteous than win an election. Americans are supporting Trump because they are angry, they are sick of Washington, they want to see change and they want an outsider. I can respect that, and I understand it.

Trump was so out of control with his insults and trash talk. It got old fast. I’ve written extensively about Trump for CNN.com.

I explained his appeal in July. I’ve explained how he’s disrupted politics, comparing his tactics to the big five that run the Internet. And I declared him the nominee weeks ago. Tonight, Trump jumped the shark. 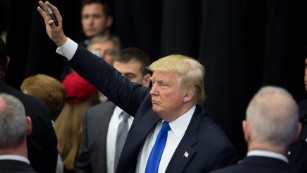 Here’s the crazy part. It doesn’t matter. He’s still going to be the GOP nominee.

In the most interesting moment of the debate, Fox’s Megyn Kelly confronted Trump with video clips of him contradicting himself. It was the first time Trump was differential.

They showed Trump clips of himself reversing his decision on Afghanistan, on Syrian refugees and on George W. Bush and the issue of weapons of mass destruction. It was the only time he wasn’t on the attack. He explained his flip-flopping by saying “you have to show a degree of flexibility.”

Yet overall Trump’s campaign is based on only two words: “Believe me.” It’ll be Trump and Rubio heading into the GOP Convention. 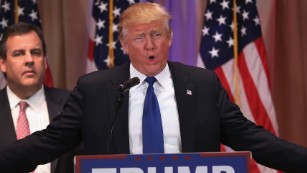 Why Republican Primary election results are a big problem for GOP

John Kasich was the smartest and most reasonable guy on the stage, and he promises not to leave anyone “behind.” However, he’s been left behind. It’s over.

Cruz proved Thursday night that he’s too “scary” to moderates and independents to win a national election.

And Rubio had some incredible moments — particularly when he addressed the issues related to Flint’s water crisis and when he was asked directly about comparing Trump to Kim Jong Un of North Korea. But he couldn’t rise above the screaming match that Trump created. He tried to rise above it. But he was still the “little” Rubio, as Trump has said.

This was embarrassing to watch, and if the next four years are marked by the kind of nastiness we saw on the stage tonight, that’s down right scary.